This is officially a rant! I have just received an email newsletter from a company that I hold in fairly high regard due to the value of the information contained in their communication.  Poor spelling is one of my pet hates, so imagine my surprise on opening the mail to find a typo in the headline!!!!

Fellow writers/entrepreneurs/marketers!  We have absolutely NO excuse for this.  My WordPress Blog has an auto spellcheck as I type, and I can also do a spell check on anything I write before publishing it.  Word, Outlook and all other Microsoft programmes have built in spelling check.  I am quite sure that Apple software is similar.

Remember that marketing is all about the impression we create in our potential or existing clients’ minds.  Sloppy spelling and syntactical errors quickly erode hours of effort marketing our businesses, and can even send the wrong message completely.  Let me give you an example: many years ago, I was on my way to the airport and was caught at a traffic light.  On the same island on which the traffic light stood was a public toilet.  Spray-painted across the outside of this building were the words “OUT OF ODER”.  I had to laugh as, depending on whether you pronounced the word phonetically or substituted a missing letter, it could have been read one of two ways: “Out of Odour” or “Out of Order”!

Just for your amusement, here are a few others that I found: 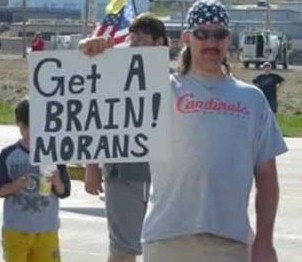 MH Consulting is a specialist Marketing & PR Consultancy to the Coaching & Mentoring industry in South Africa. In addition to working with select clients who have approached us to handle their accounts, We run a specialised workshop: Market Your Practice Without Spending a Cent© on request to groups. About Megan Hudson (Owner): Megan has a degree in Politics and Languages, and spent most of her early career in the fields of Marketing and Advertising. She qualified as a coach in 2001, and ran a successful practice until about 2007. She is also a qualified Ethologist, with a degree through an Onderstepoort-affiliated body, as well as having studied Psychology though UNISA. She continues to reflect on the close similarities between the study of politics, and animal and human behaviour. Megan's guiding principles are Integrity and Aesthetics. In addition to having been retained by COMENSA (the national professional body for coaches and mentors in South Africa) on a national basis in Marketing, PR, Special Projects & Social Media on and off since 2009, she runs a number of successful businesses including a property business, a specialist marketing consultancy, a marketing training company (developed in 2001) aimed at SME’s but tailored specifically to Coaches & Mentors. Megan has also had an online business since 2004, which is an on-going guinea pig for many of the tricks that she teaches her students. She strongly believes in contributing to her country and to its growth, and runs her Marketing course free of charge for a number of non-profit organisations. Because it delivers immediate results, the SME's that she works with are able to grow their businesses, earn more money and create more employment.
View all posts by MH Consulting →
This entry was posted in Marketing, Marketing Your Business Without Spending A Cent© and tagged bad spelling, professional image. Bookmark the permalink.

This site uses Akismet to reduce spam. Learn how your comment data is processed.